The development history of PVC profiles

PVC materials and PVC Windows were first born in Europe. The PVC material was trialed in Germany in 1912. And the PVC products formed industrial production capacity in Germany in 1938. By1998, the consumption of PVC products in Europe reached 5. 46 million tons. Of this amount, 54% is used for building decoration, 16% for packaging, 10% for wire and cable sheath, 4% for various toys, 3% for special transportation parts, 3% for various furniture, 2% for clothing and textile, and the rest accounting for 8%. 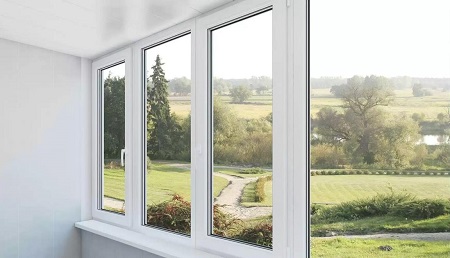 In 1955, German Nobel company developed PVC profiles. And then Hoechst Company developed PVC Windows and exhibited the samples at the World Plastics Exhibition in Dusseldorf 1959, Germany. Since then, the world's first batch of plastic Windows began to be installed and used. Germany develops and uses the plastic window the purpose is to solve the cold area window winter condensation and saves the heating cost. The world of 1970s time erupts energy crisis, the energy-saving effect of plastic door window causes German government to take seriously, gave strong economy to support.

The development of PVC fixed windows in Europe