How to improve the key performance of PVC windows and doors

With the establishment of the goal of building a resource-saving society, the national requirements for building energy efficiency are higher and higher, and relevant policies and regulations have been issued in succession to make clear provisions. All these standards and specifications indicate that environmental protection and energy-saving products will become the future direction of development. Doors and windows as the main structure of the construction industry must conform to the trend of the times. So how to improve the air tightness, water tightness and wind resistance of windows and doors?

Improve the air tightness of window and door profile 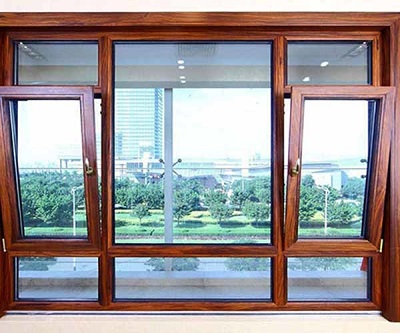 The quality of sealing material directly affects the heat preservation and energy saving effect of the house, and also relates to the waterproof performance of the wall. At present, the gap between the four sides of the steel-plastic door and window frame and the wall is usually filled with polyurethane foam.  In addition, more sealing materials such as silicone and EPDM rubber strip are used. Sealing strips for other parts, including wool strips and adhesive strips. The adhesive tape must have sufficient tensile strength and toughness, good temperature resistance and aging resistance,  and the sectional structure size shall match the plastic steel door and window profile. The wool strip is mainly used for sealing between the frame and fan. The installation position of the wool strip is generally on the door and window sash. The periphery of the frame and sash or the windshield block to enhance the sealing between the frame and sash. The specification of the wool strip is an important factor affecting the airtight performance of the sliding door and window, as well as the opening and closing force of the door and window. If the specification of the woolen bar is too large or the vertical woolen bar is too high,  it is not only difficult to assemble,  but also increases the movement resistance of the doors and windows, especially the initial resistance when opening and the final positioning resistance when closing. If the specification is too small or the vertical woolen bar is not high enough, it is easy to get out of the groove, which greatly reduces the sealing performance of the doors and windows.

It mainly includes frame and sash profile with small material thermal conductivity coefficient and relatively less energy loss. Glass is usually hollow, and it is also common to film or paint on the glass surface, all of which play an important role in reducing energy loss.

There are two most intuitive ways to improve the watertight performance of doors and windows:One is to let the rain water drop on the doors and windows as little as possible. That can only press the protective cover on the doors and windows. It seems that the performance of the rain water improved, but this virtually increased the investment cost. This method is also more common in small towns and rural areas, used on the door more for both waterproof and sunscreen. The second is how to let the rain flow on the doors and windows as soon as possible to drain the lower frame, so as to reduce the probability of leakage to the inside of the house. We all know that the PVC plastic door and window frames are generally flat on the inner and outer sides, similar to “U”. The anti-rainwater measures taken are to leave several drainage channels on the window frames and sash, so that the water immersed in the frame and sash can be discharged to the outside. The same materials use different structural types and may vary greatly in performance. The third case is that the rainwater flows into the room through the gap between the door or window frame and the wall, which is related to the installation process. The reason is that the gap or crack between the outer frame and the wall is generated due to the principle of thermal expansion and contraction after the primary reinforcement. The simple method is to fill the gap with the secondary reinforcement, and then the problem is solved.

Improve the wind load resistance of window and door profile

The meaning of strength includes two aspects:first, its tensile strength is high and not easy to destroy, and then its bending elastic modulus is high and full of toughness. According to the daily inspection, the anti-wind pressure performance of the aluminum alloy doors and windows of the same construction design is obviously better than that of the PVC doors and windows. Its root is that the strength of the aluminum alloy profile is much higher than that of the PVC plastic profiles of the same specification.

Improve the structural design of doors and windows

After optimized and reasonable structure design, the product not only looks beautiful and generous, but also can save energy effectively and give full play to its due functions. For example, the wind pressure performance of windows can be significantly improved through adding beams or mullions.